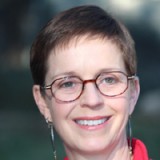 “If the relationship is the motivation for attracting a child to a caring adult, then it’s also the inspiration for getting that child to invest in themselves, to learn the skills to do whatever they need to create their own opportunities in the future.”

When Infinite Family’s Founder and CEO, Amy Stokes, traveled to South Africa to meet her son in 2003, her thoughts were about his future and the joy of adding to her own family through adoption. She and her husband, Chris, always planned a family enriched by adoption, and selected South Africa because of the overwhelming number of children there orphaned by AIDS. During the journey, Amy experienced first-hand the devastation of HIV/AIDS on families, communities and the traditional extended-family way of life.

Seeing all of the unattended young children, she wondered at the absence of young adults compared to number of teens, children and babies. “I wondered what life would be like for these children – what the future would hold for them. Any one of them could have been my own son. I thought ‘If very few of the adults you care about has lived past 35, then why would you think you can? Why would you stay in school; why would you learn skills you might need later on, especially when you can’t imagine later on?’ With so many children and so few adults to help them grow up, I knew we had to find a way to bring new information, resources and the caring, nurturing effect of other adults into their lives.”

That way became Infinite Family, a video mentoring program that harnesses the untapped resource of adults worldwide to mentor pre-teens and teens over the Internet. Founded by Amy in 2006, Infinite Family has built and operated computer labs at partner organization sites in rural and urban areas in South Africa. In addition to providing mentors for children, the interactive Ezomndeni Net mentoring platform created by Infinite Family helps them develop critical language and technology skills, while working with mentors on the program’s five core skill areas towards self-reliance.

More than 600 teens and pre-teens have already benefitted from Infinite Family’s video mentoring program, but Amy says, “We’re really just getting started. Our growth over the next few years will more than double the number of kids we can serve.”

Amy has spent more than 20 years working in all areas of business planning, start-up and ongoing management. She started her professional career as part of Andersen’s Consulting Strategic Services team in Chicago, then San Francisco. She learned the power of mentoring from teens at Studio Air, the youth venture she started as a subsidiary of Shorebank Corporation. Since founding Infinite Family, Amy has committed her career to extending the organization’s powerful video mentoring relationships to children anywhere who need an additional caring adult in their lives to build the confidence, skills and global perspective that promote success.