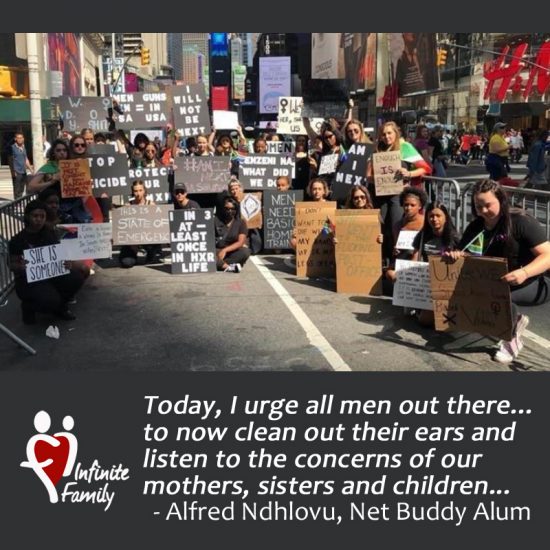 On the 9th of August 1956, 20 000 women in South Africa stood up to protest for their rights which were suppressedby the Apartheid Laws. They marched to the Union Building in Pretoria to protest against the legislations aimed attightening the apartheid government’s control over the movement of black women in urban areas. The whole aimof the march was actually to seek attention from the officials to raise their concerns. 64 years later, women andchildren of this country are raising their placards for protection from an epidemic that has emerged in this country,which is the  GENDER BASED VIOLENCE (GBV). A lot of women and children have been raped, some have lost theirlives, others are living in fear and others are living with bruises caused by the men who were supposed to protectthem. A lot of women are raising their placards for protection against those men who abuse them behind closeddoors, who use their fists on them, and a lot of women are raising their placards for protection for those voiceless women who are unable to open those closed doors, who are trapped, crying, behind them. A lot of women areraising their placards in defence of those who lost their lives through GBV.

Today, I urge all men out there who are both responsible and not responsible for this epidemic to now clean outtheir ears and listen to the concerns of our mothers, sisters and children of this wonderful nation and be preparedto wipe their tears in deep pain. Let’s all stand up in fighting against this Gender Based Violence epidemic. Let us bethe ones who unfold the fists of the abusers in this country by providing words of peace. Let us all take an initiativeto ask the abusers to drop their weapons that were aimed to our innocent mothers, sisters and children of this wonderful country and let us all raise the flag to say #HUMANLIVESMATTERS in all racial context, because this epidemic is not classified by race, but accommodates and involves all.

Now it’s about time for all of us to stand up and fight  Gender Based Violence together rather than undermining therights of every human to live. I urge all men in this country to start being the protectors of our women and childrenrather than be the monsters to those who seek for protection. May God Bless South Africa and her Children……IThank You.

We are so proud of Alfred for clearly and eloquently expressing his thoughts and for the ingenuity to figure out how to send it to the DAILY SUN so it could be published this past August 13th.

This is something he can point to always as some of the excellent work he did while making the best use of his Covid-19 lockdown.

What would you write to Alfred to congratulate him?

What do you think of his plea to South African men?

Sweet and simple today – you know what to do with your responses: Let us see them!