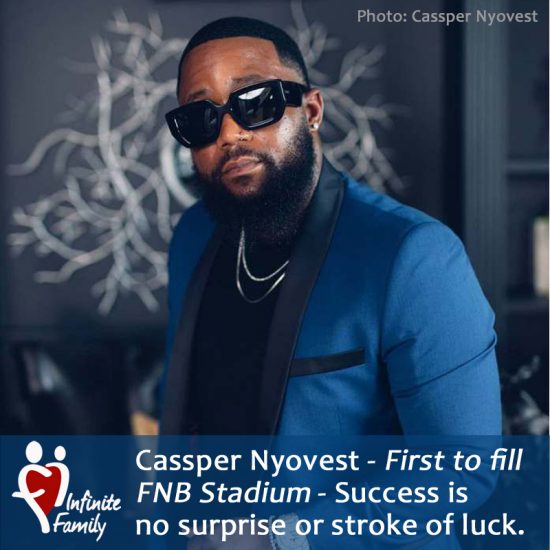 Refiloe Maele Phoolo, professionally known as Cassper Nyovest, needs no introduction because we all know him from his multiple smash hit songs. For your Video Mentors, we will mention that he is a South African rapper, songwriter, entrepreneur and record producer, was born in Mahikeng, North West and is now regarded as one of the most successful artists in South Africa. His awards range from Most gifted South African artist 2014, Best Hip hop album, Newcomer of the year and many more.

Today he has numerous endorsement deals with Cîroc, Samsung, MTN, Coca-Cola and Nike. All the achievements, success and money Cass

per has earned took time. In 2004, he began chasing his music dream. But it was in 2014 when we really started to hear about his success.

Before Cassper’s big breakthrough in the music industry, he was just like many of us –  working day after day to master his music and investing in himself by developing skills. Over those early 10 years, he put in a LOT of work mastering his art to finally achieve his dreams. Even without knowing when his break would come, he was getting ready for it to be, “Any Minute Now,” which is also the name of his next album, scheduled to drop on Sept. 11.